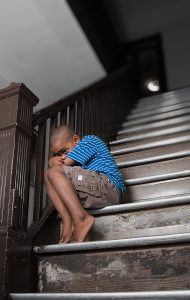 We now see trends like trauma screening that acknowledge the presence of trauma in our children.  The idea of diagnosing trauma prior to any strategies for placement or treatment is a positive development that needs to be a national policy.

Sadly, it takes a lot of time for a system and process to change

Finding the right standards and testing methods has its challenges, but I am encouraged to see such trends developing in our systems of care. Here is an article by Jeremy Loudenback discussing the implementation of trauma screening for children in some states.

As trauma-informed initiatives have multiplied in recent years, more child welfare agencies are now grappling with how to properly screen for trauma.

Along with access to trauma-focused, evidence-based treatments and staff training, screening is a key part of building a trauma-informed system. But that approach has until recently had relatively little traction in the child welfare field.

According to a new paper that looks at the implementation of a recent wave of trauma screening initiatives in five states, child welfare agencies can help steer thousands of children to treatment related to their exposure to traumatic events.

But implementation concerns — such as how to integrate screening into agency practices and ensuring that sufficient trauma-informed services are available to children — are still an issue for most child-welfare agencies.

Most states do not screen for trauma.

According to Jason Lang, director of dissemination and implementation for the Child Health and Development Institute and the lead author of a case study on trauma screening, most child welfare systems do not routinely screen children for trauma. 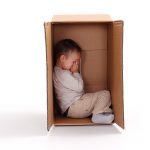 Little research exists yet about how trauma screening improves outcomes among children in the child welfare system. Child welfare systems that do want to screen for trauma often lack a scientifically valid tool and implementation practices have yet to be developed.

“There is definitely a shift towards the recognition that it’s a good thing to do and many systems want to do it, but I think there’s still some concrete challenges to actually putting it into place universally that some states are really struggling with,” Lang said.

In a paper published last month, Lang and his colleagues looked at five statewide and tribal initiatives that started the process of creating pilot projects screening for trauma in the child welfare system.

Funded by the Administration for Children and Families, the research effort looks at lessons learned from state child welfare systems that rolled out demonstration grants awarded in 2011. This group includes Colorado, Connecticut, Massachusetts, Montana and North Carolina, though other states that have begun screening children involved with the child welfare system for trauma.

Children in the child welfare system are far more likely than other children to experience trauma in the form of abuse and neglect as well as traumatic events in the system, such as a child welfare investigation and separation from caregivers. Although there was some variation in how states measured trauma, the trauma screening initiatives unsurprisingly found high rates of trauma exposure.

For example, 40 percent of all children who participated in the screening in Connecticut registered enough symptoms of post-traumatic stress disorder (PTSD) to qualify as having a high likelihood of a PTSD diagnosis. That may be as much as five times the rate for the general population.

Some have applied it universally to all children who come into contact with the system, while others screen a smaller group. Systemic issues common to the child welfare system, such as competing demands for staff attention and training requirements, complicate the practice. Issues at the local level are also important, such as lawsuits and the availability of evidence-based treatments.

According to Lang, implementation practices around trauma screening for state agencies are still evolving.

“I think that one thing we really don’t know is what are the best practices, so what are the best tools and implementation strategies, like what is necessary to support trauma screenings – everything from data systems and supervision to initial training and quality assurance,” Lang said.

This is an inspiring beginning to identifying the need for trauma informed training.

Hopefully, this trend will be standardized and replicated across all systems of care for children. It is also our hope to set standards for trauma training and clinical care that will meet the needs of our identified trauma-impacted children.

At Lakeside we plan to be active in that process across our region and nation.