This week the Philadelphia Department of Public Health released an alarming report: 1217 unintentional deaths due to drug overdose in the year 2017. This is a 34% rise from the prior year. Perhaps most significant is the number of deaths from overdose in Philly marks an all-time high, outnumbering deaths due to homicides.

According to this latest report, the synthetic opioid fentanyl is, by far, the most deadly drug involved in drug overdoses, linked to 846 of the 1,217 fatalities.

It is absolutely stunning to think that so many families have been impacted by the deaths of their loved ones due to accidental drug overdoses.

“We are experiencing a tragedy far surpassing the AIDS epidemic at its worst,” said Dr. Thomas Farley, commissioner of the Department of Public Health and co-chair of the Mayor’s Task Force to Combat the Opioid Epidemic in Philadelphia, in a press release. “This crisis has happened because of decades of over-prescribing of opioids, combined today with the delivery to Philadelphia’s streets of cheap, pure heroin and fentanyl.” 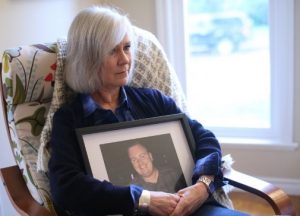 Such a crisis has many contributing factors, and strategies are being implemented to create more public relations awareness about the impact of opioids. Campaigns also exist to limit the number of opioids prescribed by physicians and to offer more programs that help to treat those who are addicted to opioids.

A common fact about those who are addicted

Important to note is almost 75% of drug addicts have a history of trauma. We cannot prevent opioid addictions without dealing with the very reason individuals turn to drugs (in order to regulate their dysregulated brains).

All efforts to provide warnings, minimize the use of opioids and provide treatment are essential components of an effective strategy, but any plan that does not include trauma recovery is at best incomplete.

Our country is losing over 60,000 people a year to drug overdoses.

We must realize the glaring level of crisis we presently have. We must get serious to provide the help and hope to those who are struggling with significant tragedies in their lives. Rather than taking such powerful drugs as fentanyl, these people need to know about other options to deal with their physical and emotional pain.

I know Lakeside has been working in 41 counties to provide more awareness and trauma training to those who are working with trauma-impacted individuals.

It is our hope that as we address some of the emotional and relational trauma so prevalent and pervasive in our communities that more individuals will be able to find healthier ways to deal with the trauma they have experienced.