I received a telephone call this week from a veteran who had completed several tours of duty in Iraq and Afghanistan. Since he had been a medic, he had obviously seen the worst of conditions in his attempts to help wounded soldiers. But this day, his questions to me were personal. 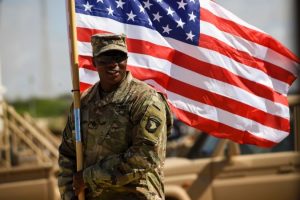 He was concerned about his mental health, his ability to cope with circumstances in his life.

Averaging only two hours of sleep per night, he could not regulate his brain. He was reliving traumas from battle and generally not coping well. He had attempted to see a counselor but just felt the counselor could not relate to his situation.

Veterans just don’t typically trust a therapist without field experience because they do not believe they can truly relate to battle experiences. Veterans also struggle to admit they need help, so as to not show any weakness.

My heart went out to this veteran who desperately needed help and felt he had nowhere to turn.

As much as we are writing about child trauma, we cannot forget there are about 500,000 veterans in our country who have PTSD. Less than half of them are getting any therapy, and the statistics on addictions, suicide, violence, marital discord and anger among them are both prominent and devastating.

The diagnostic categories have changed a bit in terms of symptoms. Below Miriam Reisman summarizes how the VA defines PTSD.

The VA defines PTSD as “the development of characteristic and persistent symptoms along with difficulty functioning after exposure to a life-threatening experience or to an event that either involves a threat to life or serious injury.” In addition to military combat, PTSD can result from the experience or witnessing of a terrorist attack, violent crime and abuse, natural disasters, serious accidents, or violent personal assaults.

In 2013, the American Psychiatric Association revised the PTSD diagnostic criteria in the fifth edition of its Diagnostic and Statistical Manual of Mental Disorders (DSM-5), moving PTSD from the class of “anxiety disorders” into a new class of “trauma and stressor-related disorders.” As such, all of the conditions included in this classification require exposure to a traumatic or stressful event as a diagnostic criterion. DSM-5 categorizes the symptoms that accompany PTSD into four “clusters”:

We still fall short of our veterans’ needs

Although changes have occurred in how we classify and categorize PTSD in veterans, we still are falling short in our country to give them the therapy, support and consistent services that will allow them to be able to function in their new post-military world.

It is my hope that we will one day be able to reach out to all of our veterans with a variety of approaches. It is also my hope we will establish a core group of veterans who can be trained to support their brothers and sisters who have served our country so very well.

We can do more and we can do better.

We should never forget that to recover from life-dominating PTSD, they and their families deserve and need our help, support and hope.