As I was browsing news articles, I ran across this recently published study: a child born in the United States has a 70 percent greater chance of dying before adulthood than kids born into other wealthy, democratic countries.

The research, published Monday in the journal Health Affairs, shows the United States lags far behind peer countries on child health outcomes. It estimates, since 1961, America’s poor performance accounts for more than 600,000 excess child deaths — deaths that wouldn’t have happened if these kids were born into other wealthy countries.

Ashish Thakrar, the study’s lead author said, “In all the wealthy, democratic countries we studied children are dying less often than they were 50 years ago. But we found that children are dying more often in the United States than in any similar country.”

It shocked me somewhat to learn our country’s death rate for children was worse than similar nations. In reality, we are talking about less than 100 children per 100,000. Yet other countries are simply having a lower mortality rate than our country. 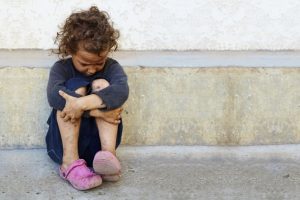 Thakrar argues some of these results occur due to America’s health care. “It really seems to be the impact of our fragmented health care system,” Thakrar says. “Mothers who are qualifying for Medicaid for the first time because they’re mothers might be seeing doctors for the first time. They might not have a family physician, or a clear support system.”

To explain, a new mother may go without health insurance before becoming pregnant — when she would usually qualify for Medicaid — and that could lead to untreated health issues ultimately affecting the child.

Statistics on shooting deaths of children

Additionally, children in the United States ages 15 to 19 are 82 times more likely to be shot to death than in peer countries. These startling homicide statistics tell us deaths occur more frequently due to the number of guns so prominent in our country, as opposed to peer countries.

The Children’s Health Insurance Program (CHIP) is a cheap, successful program that provides health care coverage to 9 million low and middle-income children. Its budget expired 100 days ago, and so far, it is clear that the program is in jeopardy.

We need a healthcare system overhaul for sure, but to discontinue CHIP would be a devastating loss to low income families and would increase the gap of our children’s death rate as compared to peer countries.

As much as we may think we are a prosperous country, we still have a lot to do to protect and care for our children.

I have only discussed death rate, but there is much more to assess if we are going to look at providing stability and support for our future generation of children.

However, it is paramount we provide for the basic healthcare needs of our children. We must find a system of care that helps them thrive.