For many kids, the beginning of the school year is a time of excitement and anticipation for the many adventures they are going to experience: making new friends, learning about new teachers, finding one’s way around the halls, and figuring out how much homework they will have to deal with each night.

For some kids, the ratio of excitement to anxiety tips more towards anxiety.

I consulted with my 15-year-old granddaughter as I thought about writing this blog. I asked her for some insights about how she and others in her school made adjustments during the early weeks.

She was thankful to have attended the Back-to-School night where she got a map to see how to negotiate her new high school and find her classrooms.

She talked a bit about managing clicks (those annoying and sometimes intimidating groups that one is either a member of or not.) As a student with a high degree of self-confidence, she has found that she switches friendships—and therefore clicks or social groups—in order to have a variety of different experiences. She said it is important for her to remain friendly with all of the groups, and yet also protect herself from those that do not share her values. 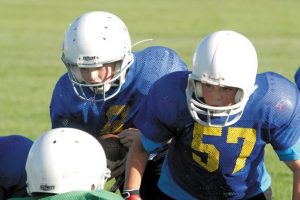 As it was way back when I was in school, the groups fell into categories like:

She also enjoyed being an observer of other students, as some fellow students stayed in one group for years and others drifted in and out of groups. She said there is not as much division among students or strict boundaries as movies often portray for middle and high school.

How can adjustment be easier?

The more a student has opportunities to build self-confidence and believes he or she has the right to be involved in any group (as long as it is emotionally and socially healthy), the easier their adjustment is to school and the less anxious a student feels.

Whenever possible, it is helpful when a sense of general unity is among the students with an appreciation of subgroups that make sense and meet the needs and particular interests of some students.

I asked my two daughters, both nurses and one a pediatric nurse practitioner, if they had any thoughts about Back-to-School.

My nurse practitioner daughter noted that many times students have to go for doctor checkups in the early weeks of school. She noted how important it is for parents not to promise kids that there will be no shots at an upcoming visit. She also noted vaccine schedules change, or other reasons occur that parents may not know will require some kind of injection.

Being open to the possibility of having shots is a way to maintain trust with parents and in the process of doctor visits. She recommended that if kids ask if there will be any shots at an upcoming visit that parents say something like, “we will find out when we get there.”

My other daughter chimed in that it can be helpful to remind kids their parent will be there the whole time. And remind their kids that the doctors and nurses do this all the time. She said sometimes kids do better if they know they’re going to get a shot and other kids do better hearing that they will find out once they get there.

She suggested parents encourage their children to speak up as doctors really want to hear from their young patients. This is a way to help kids learn that doctors are safe to speak with, and are not any kind of threat; that is, doctors are not strangers they should not trust.

She said that going to the doctor and having physicals means that children have to learn that there are certain people who are allowed to touch them in private ways, that this is not only acceptable but important and to be expected.

There are many adjustments to be made the first few weeks of school.

It is helpful when parents are prepared to have conversations with their children to help ease their anxieties. It also allows both parents and children to process concerns so they can feel happy anticipation rather than deep anxiety as they make adjustments to being back in school.