American fashion designer Kate Spade was found dead in her Manhattan apartment in an apparent suicide on Tuesday, June 5th. Then on Friday morning, CNN’s Anthony Bourdain, the chef, and storyteller who took viewers around the world in Parts Unknown, was found unresponsive in his hotel room in France. His cause of death was suicide.

We want to know what went wrong in the lives of two individuals who have had such success and notoriety.

Yet, depression and suicide is a problem that crosses all social borders. It can affect even the successful individuals like Kate Spade and Anthony Bourdain.

Is suicide on the rise?

Globally, close to 800,000 people die due to suicide every year, which is about one person every 40 seconds, according to the World Health Organization. In 2015, more than 78% of those global suicides occurred in low- and middle-income countries.

US suicide rates increased more than 25% since 1999, Center for Disease Controls says.
In the US, suicide rates significantly increased in 44 states from 1999 through 2016, rising by more than 30% in 25 states, according to a new Vital Signs report published by the CDC on Thursday (June 7).

Nearly 45,000 lives were lost to suicide in 2016, according to that report. More than half of people who died by suicide did not have a known mental health condition, and various circumstances contributed to suicides among those with and without known conditions.

For those who have little hope in their lives, struggle with depression, or feel hopeless, this can be a very vulnerable time. It reminds us of how vulnerable our friends and family members can be.

Past history tells us there can be a 10% increase in suicides after a widely known individual has committed suicide.

More and more, it is important to observe those around us who may be struggling with mental illness, depression, trauma, serious loss, or any crisis.

What are the signs someone is having suicidal thoughts?

If we are concerned about someone close to us, we should look for signs of negative change such as withdrawal, extreme isolation, destructive internet messaging, or significant and sudden changes that do not appear to make sense. We should not hesitate to pursue them, ask them some of the hard questions, and monitor them while they are struggling with their crisis.

Suicide is devastating to so many families. 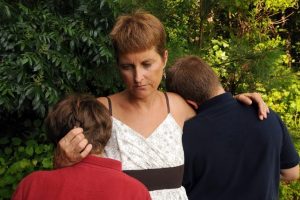 My heart goes out to the families of Kate Spade and Anthony Bourdain. They must be absolutely distraught.

So are others who have experienced suicide in their families.

As we are reminded of the pervasiveness of suicide in America and in the world, we should vigilantly seek out those who may be at high risk.

With just a phone call (or some meaningful focus on their needs), we may prevent a loss of life and create the opportunity for someone who feels so desperate to get the help they need. Everyone deserves help and to pursue a life of emotional and relational health.

For struggling students, success is often an elusive dream and failure a painful reality. Lakeside's brain-based, trauma-informed approach to serving young people alters that reality. When students perceive themselves as failures, they can react by withdrawing or acting out. Lakeside offers another option, one that leads to success today and in the future. Our therapeutic schools and … END_OF_DOCUMENT_TOKEN_TO_BE_REPLACED