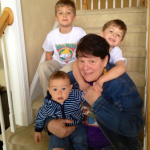 Recently a friend shared with me how difficult it was every time he had to take his children back to their mother’s house after spending the day with them.

“We always have such a good time together and they seem happy and love to play and are cheerful and cooperative even when they have to do their chores. As soon as I tell them it’s time to pack up to go back to their mother’s house they start to squabble with each other and the next thing I know it turns into an angry battle. It happens every time.”

He sounded exasperated. “I’ve tried a bunch of things: tried to warn them earlier in the day so they would be prepared, talked to them about how I would see them in a few days, made sure I told them how much I love them… and it still didn’t change anything.” 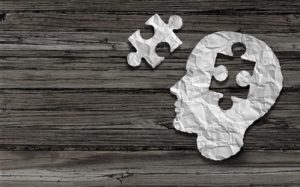 Anxiety Can Be Confusing

After acknowledging how confusing it was that this happened every single time, I asked him if perhaps what his children were expressing in their anger was more about them feeling anxious.

Many years ago, I remember learning at a workshop that children’s anger often is a cover-up for their anxiety. This is especially true for teenagers who experience so many changes that are out of their control: the emergence of hormones, their physical changes, all the new social expectations they have to deal with, the loss of being a kid to becoming a teenager, and the internal push to distance themselves from their parents.

These issues all contribute to strong anxiety reactions. Somehow expressing anger is easier and safer than expressing fear or anxiety.

This knowledge was transformational for me. I remember when my own children expressed anger, something that seemed to happen a lot once they became teenagers. I learned to look past the anger and realize it was about anxiety. Instead of feeling defensive or retaliating with anger, I felt a strong sense of compassion for how many challenges they were facing and how frightening those challenges were. Since this was during the adolescent years and they weren’t looking to me as a beacon of wisdom, I didn’t usually try to get them to understand they were feeling anxious.

I was so grateful for this information because it changed my attitudes, beliefs and my own behaviors. I could be so much more understanding, tolerant and compassionate in the face of their anger because I understood it was probably anxiety. So often that change in me served to defuse the intensity of the angry outbursts.

“Wow, you really feel strongly about that! I don’t want to contribute to your stress right now so let me think about what you are asking for and maybe we can come up with a compromise.”
(Side note: One of the anecdotes, when someone feels very anxious, is to find a way for them to experience their own sense of power).

What can be Causing the Anxiety?

For my friend, I suggested that he consider his children’s squabbling as them expressing anxiety rather than being angry with each other or him. I encouraged him to consider that perhaps they were experiencing anxiety over having to say goodbye to him. There were probably feeling split loyalties between their parents, and perhaps some stress along with sadness about having to go back and forth between households. While he might not be able to eliminate the squabbling, if he sees it more for what it is – rather than some form of disobedience or disrespect – he could be more accepting and calmer.

“I’m guessing it’s hard to have to pack up to go back to mom’s house. You may have a lot of mixed feelings about that. I’ll help you put your stuff in the car if you want but if you would prefer to do that on your own, that’s your choice.” (Always try to find a way to give choices because choices equal power.)

When we understand and appreciate the anxiety behind anger, we may be better able to respond to it in a calm and accepting way. And hopefully, at some point you can address the actual underlying issues around the concealed anxiety.

For additional information and ideas, check out the following:

For struggling students, success is often an elusive dream and failure a painful reality. Lakeside's brain-based, trauma-informed approach to serving young people alters that reality. When students perceive themselves as failures, they can react by withdrawing or acting out. Lakeside offers another option, one that leads to success today and in the future. Our therapeutic schools and … END_OF_DOCUMENT_TOKEN_TO_BE_REPLACED