The tragedy of suicide is devastating to anyone who is impacted. It is still a significant and frightening national reality. However, we know suicide is preventable by recognizing the warning signs. If those signs are realized, then there are some significant interventions that can prevent suicide by those who care for the identified person.

According to the Suicide Prevention Lifeline here are some of the possible signs of someone who may be heading towards suicide.

We recognize that from current research an individual who is struggling with these feelings are much less likely to commit suicide if they are connected to someone. Here are the five action steps for communicating with someone who may be suicidal are supported by evidence in the field of suicide prevention. 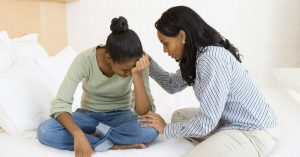 Ask – Asking the question “Are you thinking about suicide?” communicates that you’re open to speaking about suicide in a non-judgmental and supportive way.
Keep Them Safe – After the “Ask” step, and you’ve determined suicide is indeed being talked about, it’s important to find out a few things to establish immediate safety. Have they already done anything to try to kill themselves before talking with you? Does the person experiencing thoughts of suicide know how they would kill themselves? Do they have a specific, detailed plan? What’s the timing for their plan? What sort of access to do they have to their planned method?
Be There – This could mean being physically present for someone, speaking with them on the phone when you can, or any other way that shows support for the person at risk. 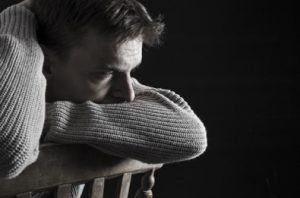 Help Them Connect – Helping someone with thoughts of suicide connect with ongoing supports (like the Lifeline, 800-273-8255) can help them establish a safety net for those moments they find themselves in a crisis. Additional components of a safety net might be connecting them with supports and resources in their community.
Follow Up
After your initial contact with a person experiencing thoughts of suicide, and after you’ve connected them with the immediate support systems they need, make sure to follow-up with them to see how they’re doing. Leave a message, send a text, or give them a call.
If you know someone who may be suicidal or want to know more you can go to the Lifeline Suicide Prevention website at http://www.bethe1to.com/bethe1to-steps-evidence/.
We all can be active and engaged in preventing suicide. There are some very practical and positive steps we can help individuals with who are in despair and feel they have no way out. We can be the one who offers them help, support and hope.

For struggling students, success is often an elusive dream and failure a painful reality. Lakeside's brain-based, trauma-informed approach to serving young people alters that reality. When students perceive themselves as failures, they can react by withdrawing or acting out. Lakeside offers another option, one that leads to success today and in the future. Our therapeutic schools and … END_OF_DOCUMENT_TOKEN_TO_BE_REPLACED