When we witness the increasing level of anger and violence in our society, we can draw all kinds of conclusions.  And when confronted with heinous acts of violence, so often in our headlines, we think that the world is out-of-control and immediate steps need to be taken to correct the problem.

I do not think there is much doubt about the impact of anger. Ask those who have been in the wake of intense anger and they will still find it a difficult and controversial subject.

Yet, this very complex emotion has been researched and thoroughly discussed, many therapeutic interventions have been recommended and much has been much written about how to prevent it.

So, why does anger persist so prevalently in our society?

Like many victims of addictions, those who have been affected by anger are often vigilant about eliminating it. But many of the strategies to do so have not been in line with what we know from the latest research.

Why do people become angry? Is it because of other people, frustrations, circumstances or injustices? While on the surface this may be true, look deeper, because there is so much more to this complex emotion.

As I have spoken with people who have experienced severe outbursts, rarely have I found only one cause behind their anger.  Triggers can easily compound, and they often result from selective core beliefs and values that have been a part of one’s past.

Anger is further complicated because it exists on continuum.  It can range from mild frustration where one may internalize it, to outright rage where one may act violently. Also, expressions of anger can occur as withdrawal, passive-aggressive behavior or direct verbal or physical assaults.

So, anger can erupt in many forms, at many intensities and in a variety of outward behaviors. 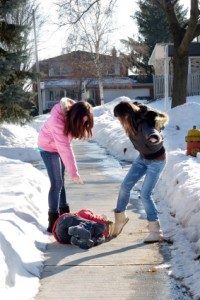 For many years there has been a belief that venting one’s anger is the most healthy way to deal with it. In fact, an emergence of methods that worked on this premise were popularized for a time.

However, even though people may feel better after venting, the latest research negates the effectiveness of this concept.  Fortunately, recent research has given us some new insights into the emotion of anger, how to describe it more accurately and how to introduce the cues that help us manage it more effectively.

Myths about anger and more

An abundance of myths are associated with anger, and in my next post I will surface them in order to set a course towards dealing more effectively it.

Imagine an informed world that was inspired about really dealing with this powerful emotion!

I believe understanding anger is one of the key issues in creating more emotionally healthy families, workplaces and communities. Hopefully, this information will help you learn and respond with a sense of clarity and accuracy to your anger and to those around you.

We will continue to look at anger and its myths in my next post. Stay tuned.