According to the American Psychiatric Association an estimated 2 million people in the United States have a substance use disorder related to prescription opioid pain medication. More than 33,000 Americans died from an opioid overdose in 2015.

Also more than two-thirds of Americans, 69 percent, say they “understand how someone accidentally gets addicted to opioids,” according to a national poll. The APA poll reflects the issue being easy access to opioids and painkillers. More than one-third of all adults (39 percent) and nearly half of millennials (46 percent) say that it would be extremely or somewhat easy for someone in their community to access illegal opioids/painkillers.

People who misuse opioids often get them from a family member or friend who has a prescription. The APA poll found that the vast majority of the U.S. population (87 percent) believes it is bad to take a prescription drug without a prescription. However, the poll shows differing perceptions among different generations. 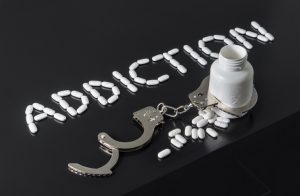 Clearly there is not a lot of confidence in our country that we are handling this serious crisis in a way that will truly bring recovery although many believe that recovery is possible.

Regardless of gender, age or income, only 20 percent of Americans believe that when it comes to addressing the opioid crisis, the country is headed in the right direction. A majority of Americans (58 percent) believe policymakers should prioritize access to treatment over stricter punishment (26 percent). Among Republicans, 51 percent, say treatment should be prioritized, 34 percent say that punishment should be prioritized. Among Democrats, 67 percent favor treatment and 18 percent punishment.

Further as we evaluate the roots of addiction, we know there is a strong correlation to issues like Adverse Child Experiences and other forms of trauma. We have many individuals who are addicted and need a non-punitive, therapeutic approach to their addictions but for many treatment is not available. It is time that we change our direction and be aggressive to offer help to those who are experimenting or addicted to opioids. We have a national crisis that seems to be growing and our responses have to rise to meet these challenges in our training and in our therapeutic environments. If not, we will see this problem exponentially grow and claim more lives and devastate our families.

For struggling students, success is often an elusive dream and failure a painful reality. Lakeside's brain-based, trauma-informed approach to serving young people alters that reality. When students perceive themselves as failures, they can react by withdrawing or acting out. Lakeside offers another option, one that leads to success today and in the future. Our therapeutic schools and … END_OF_DOCUMENT_TOKEN_TO_BE_REPLACED